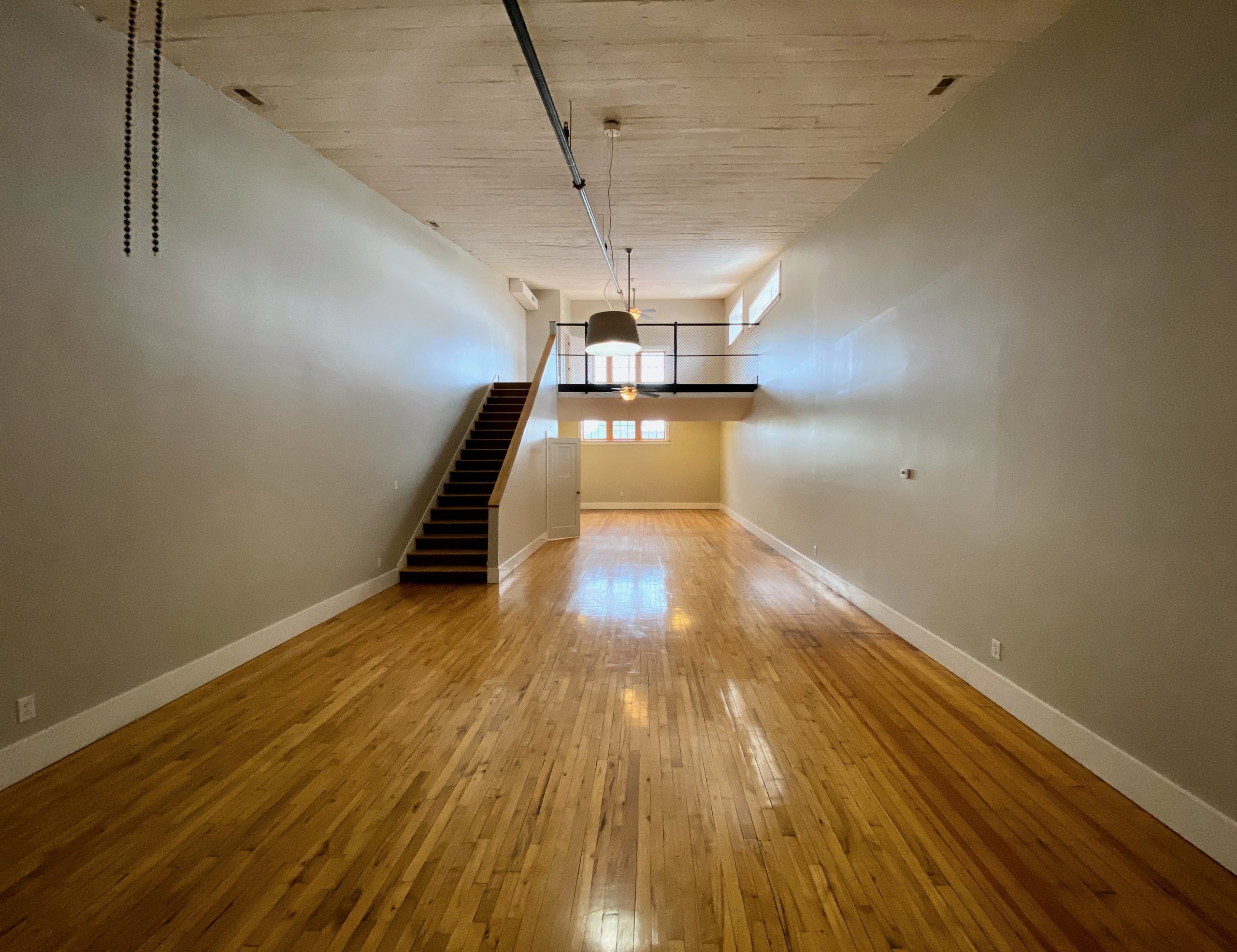 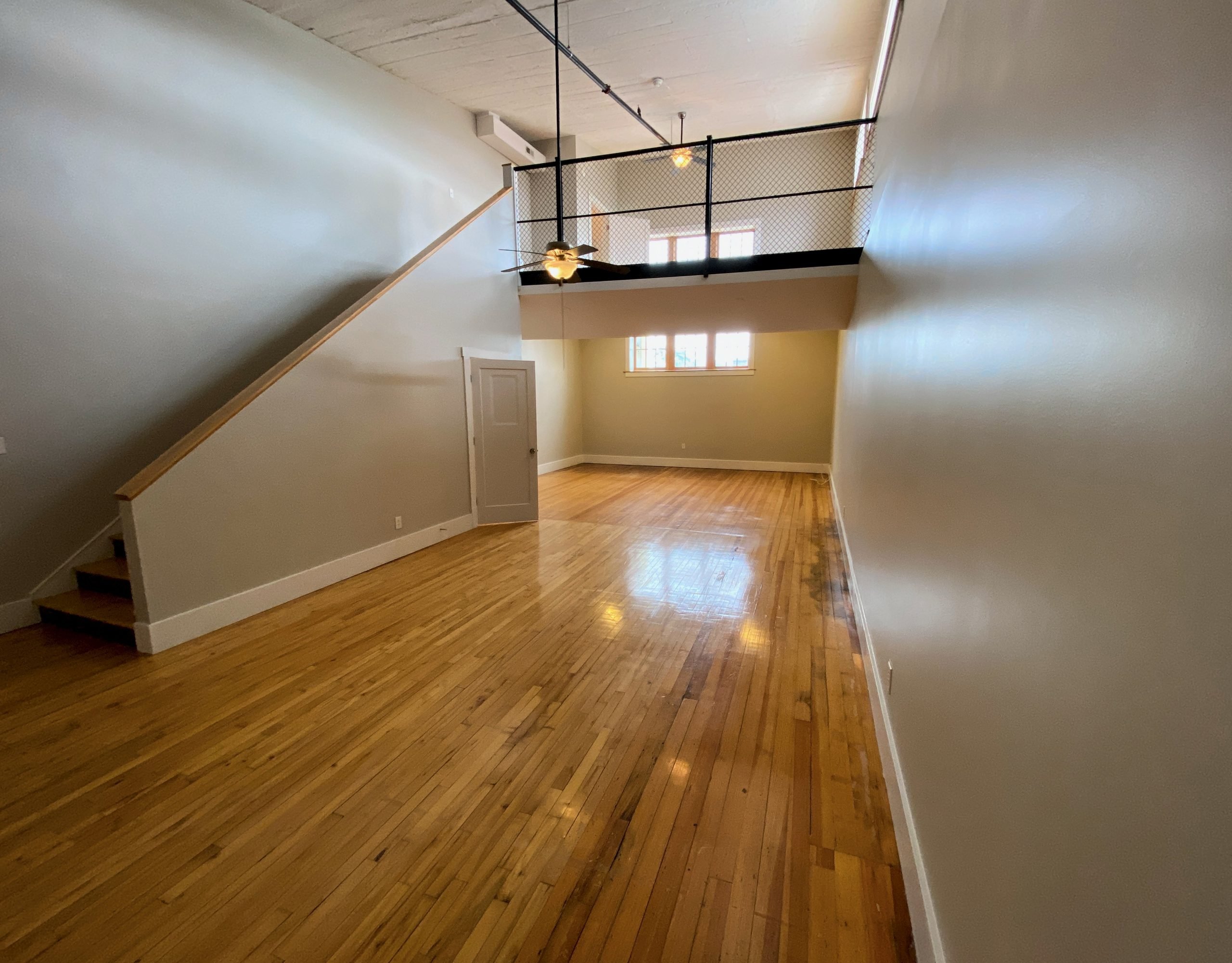 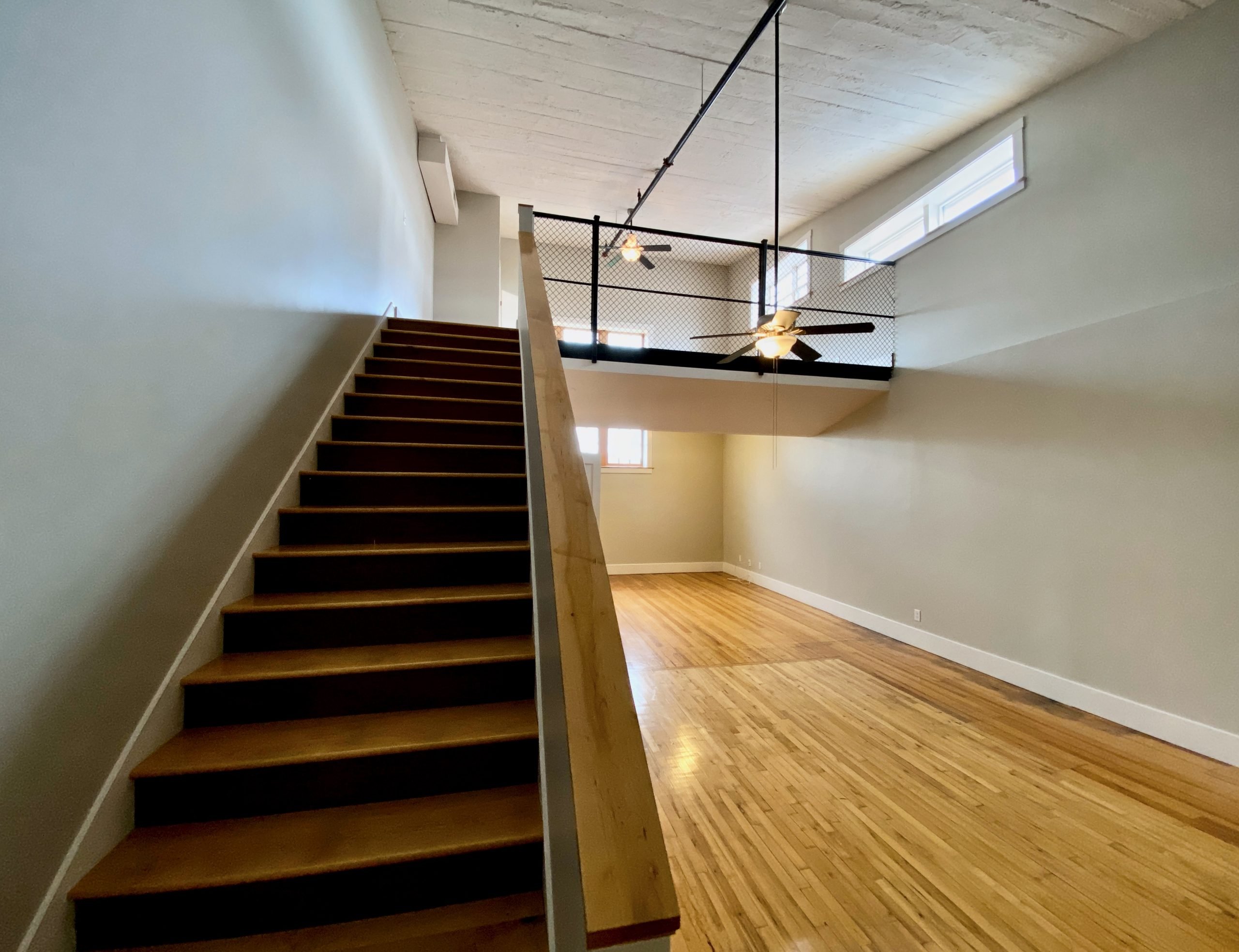 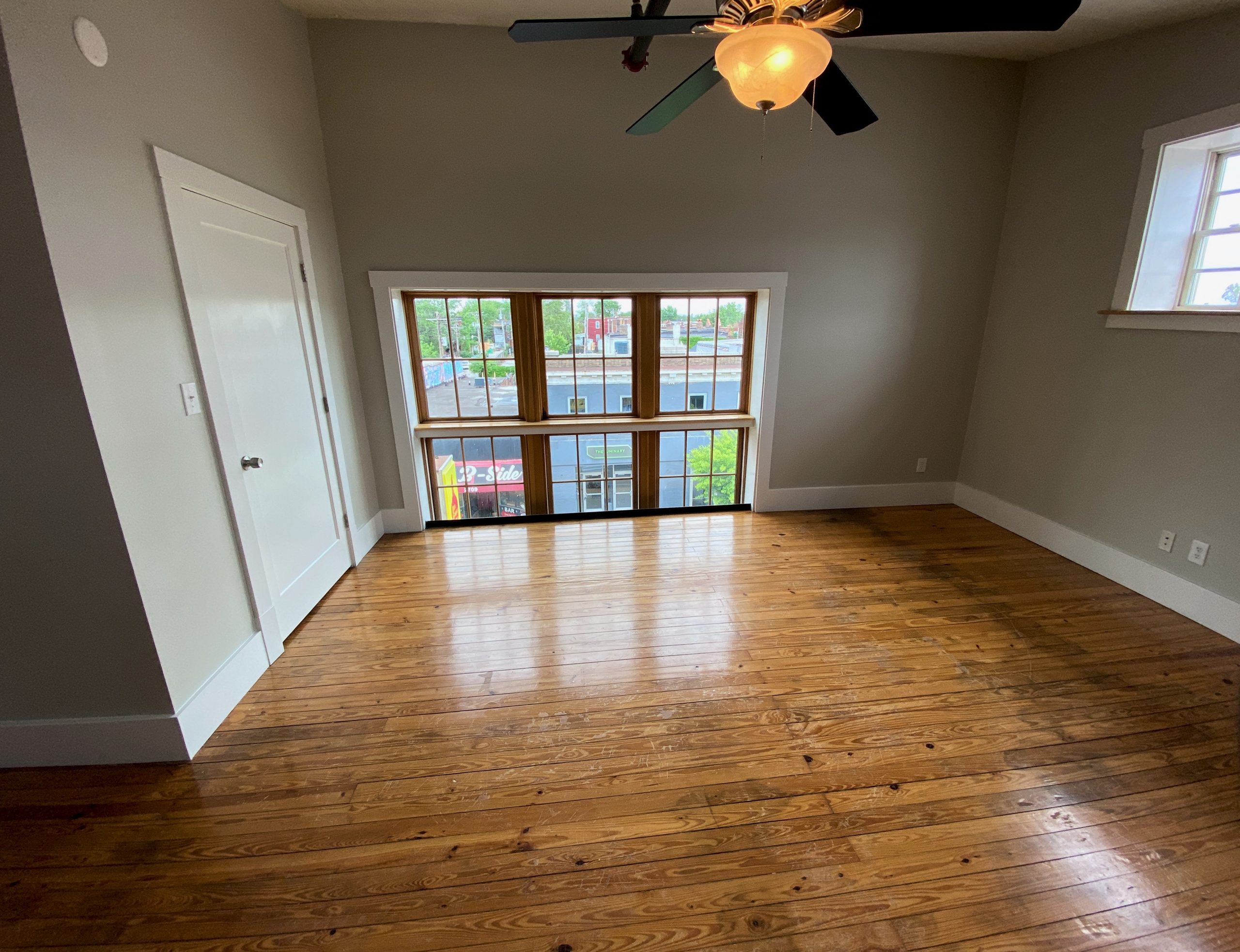 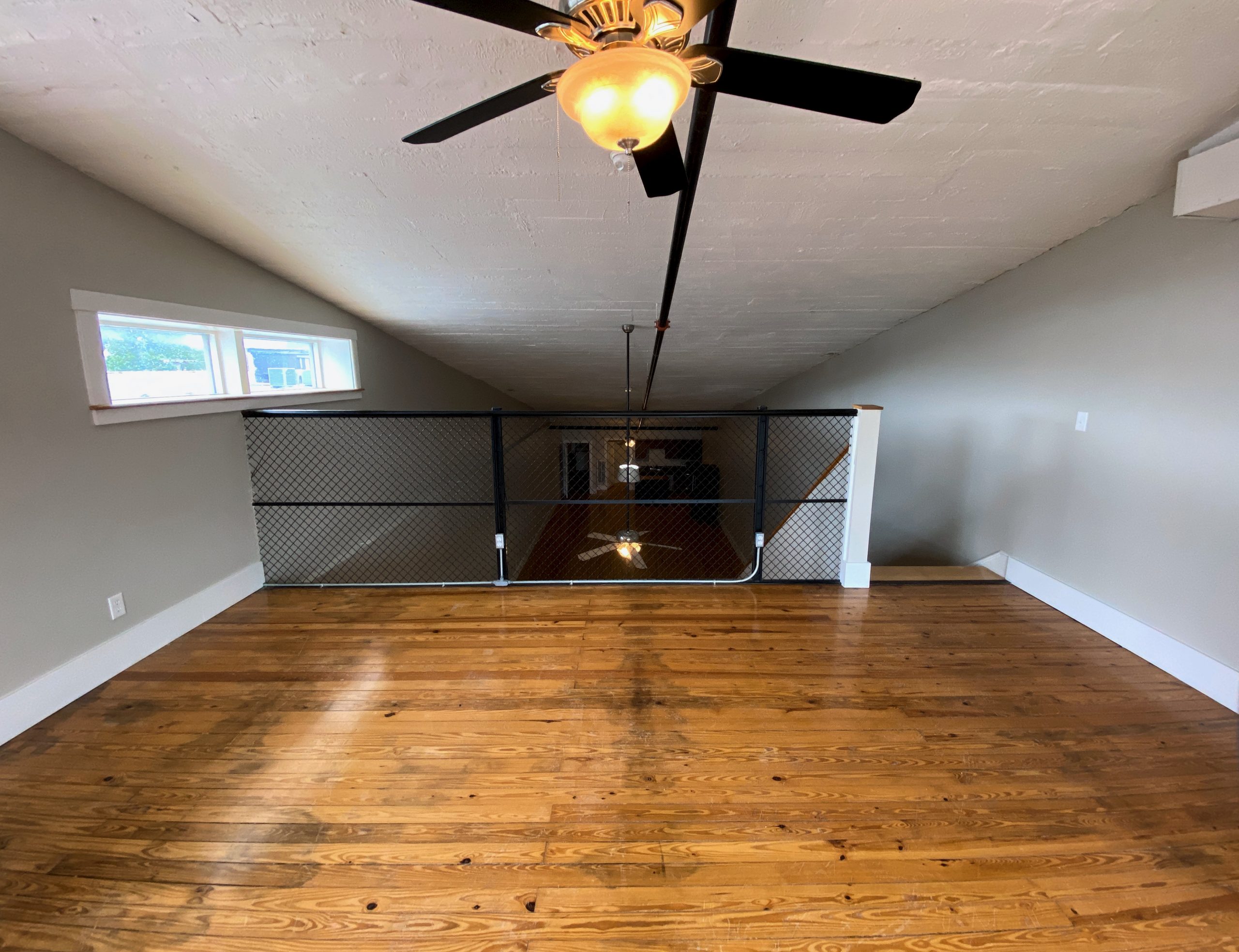 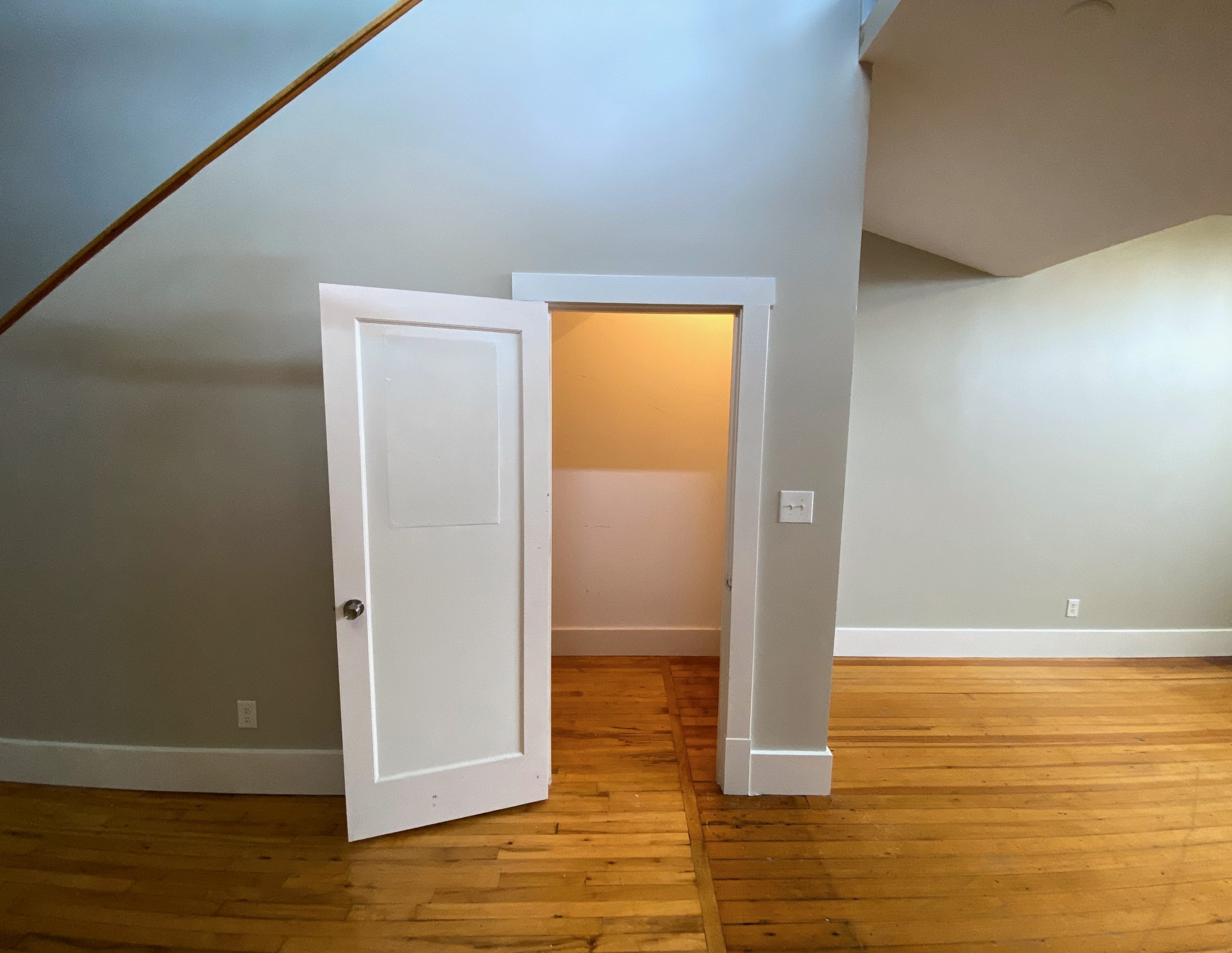 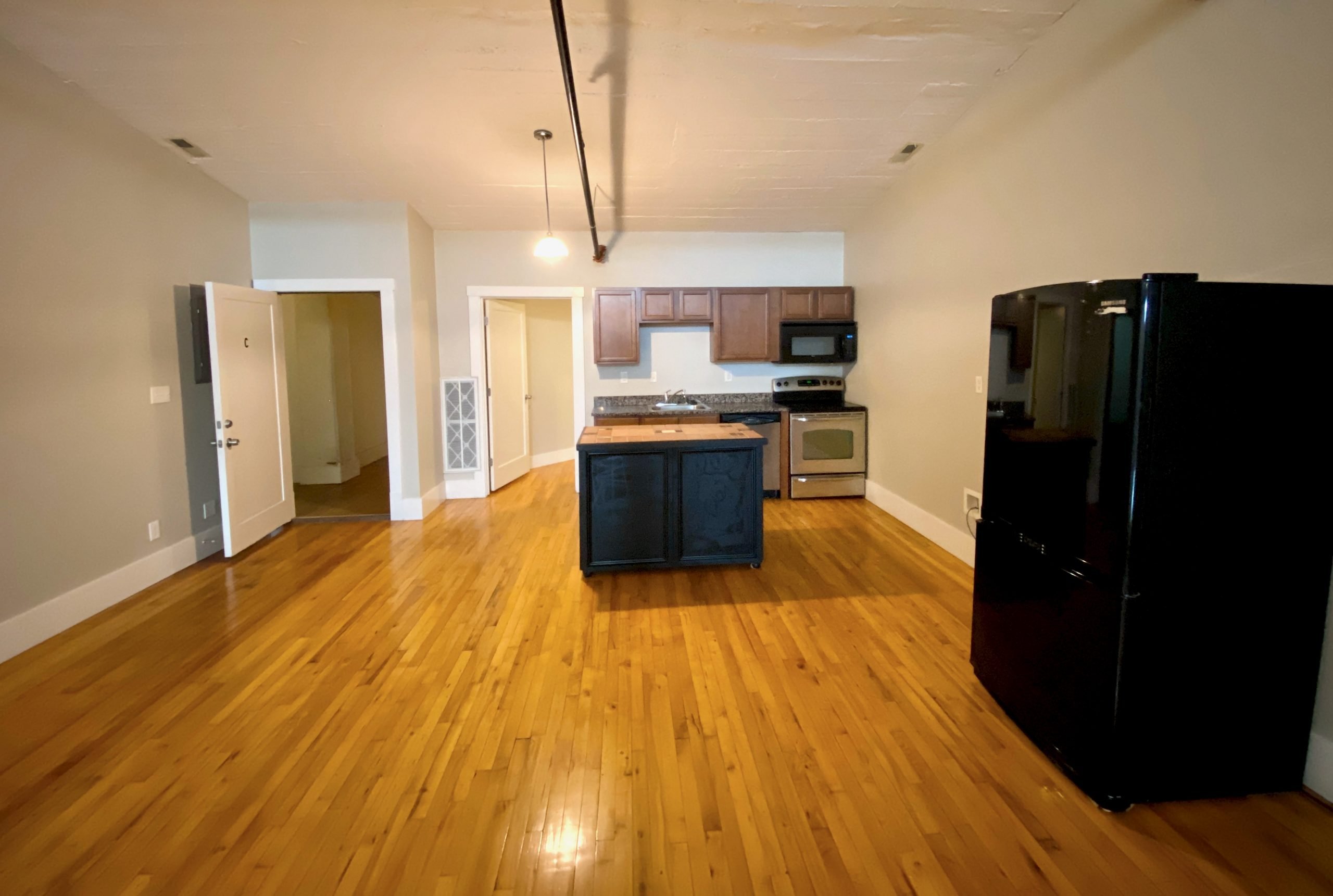 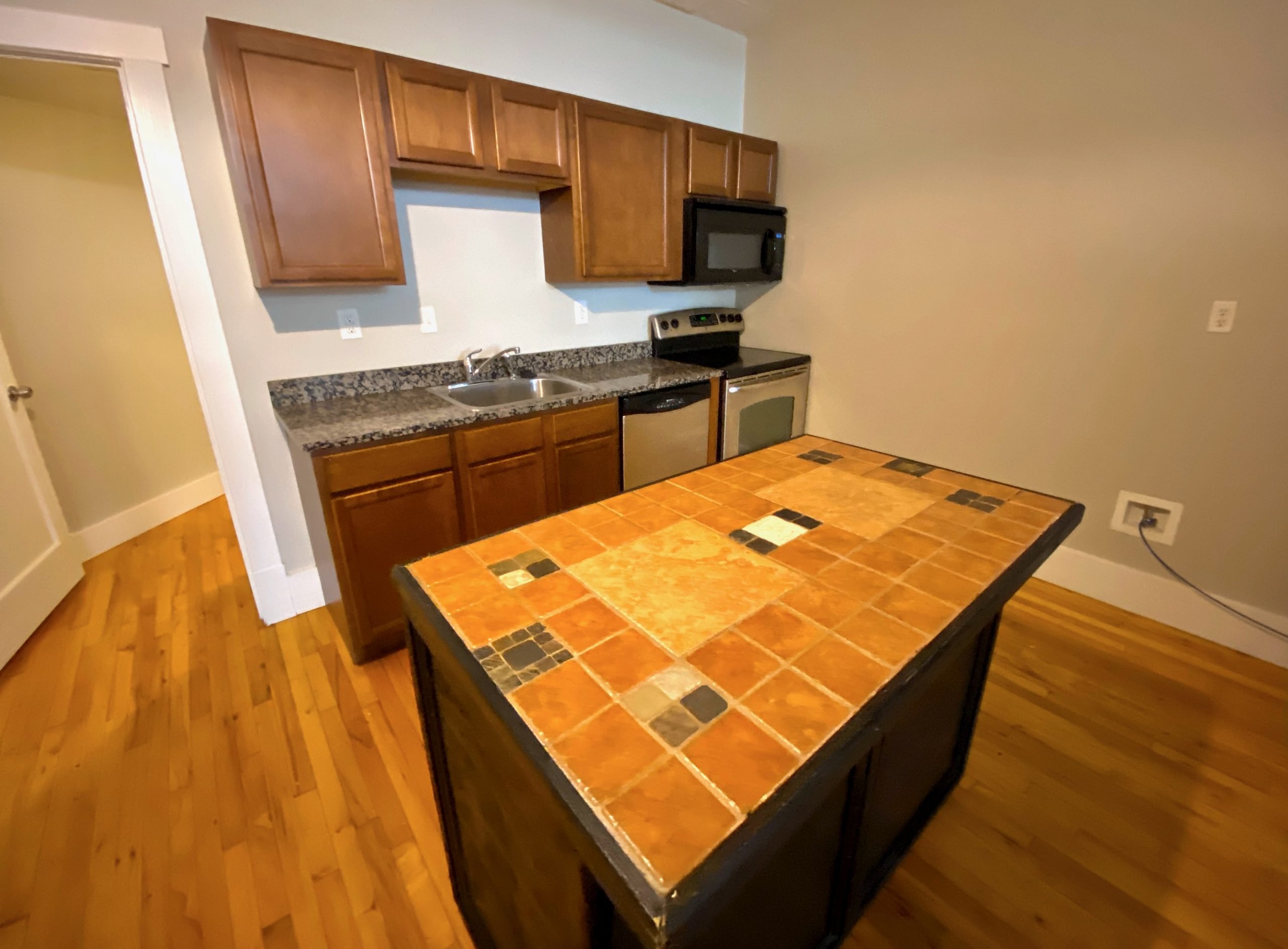 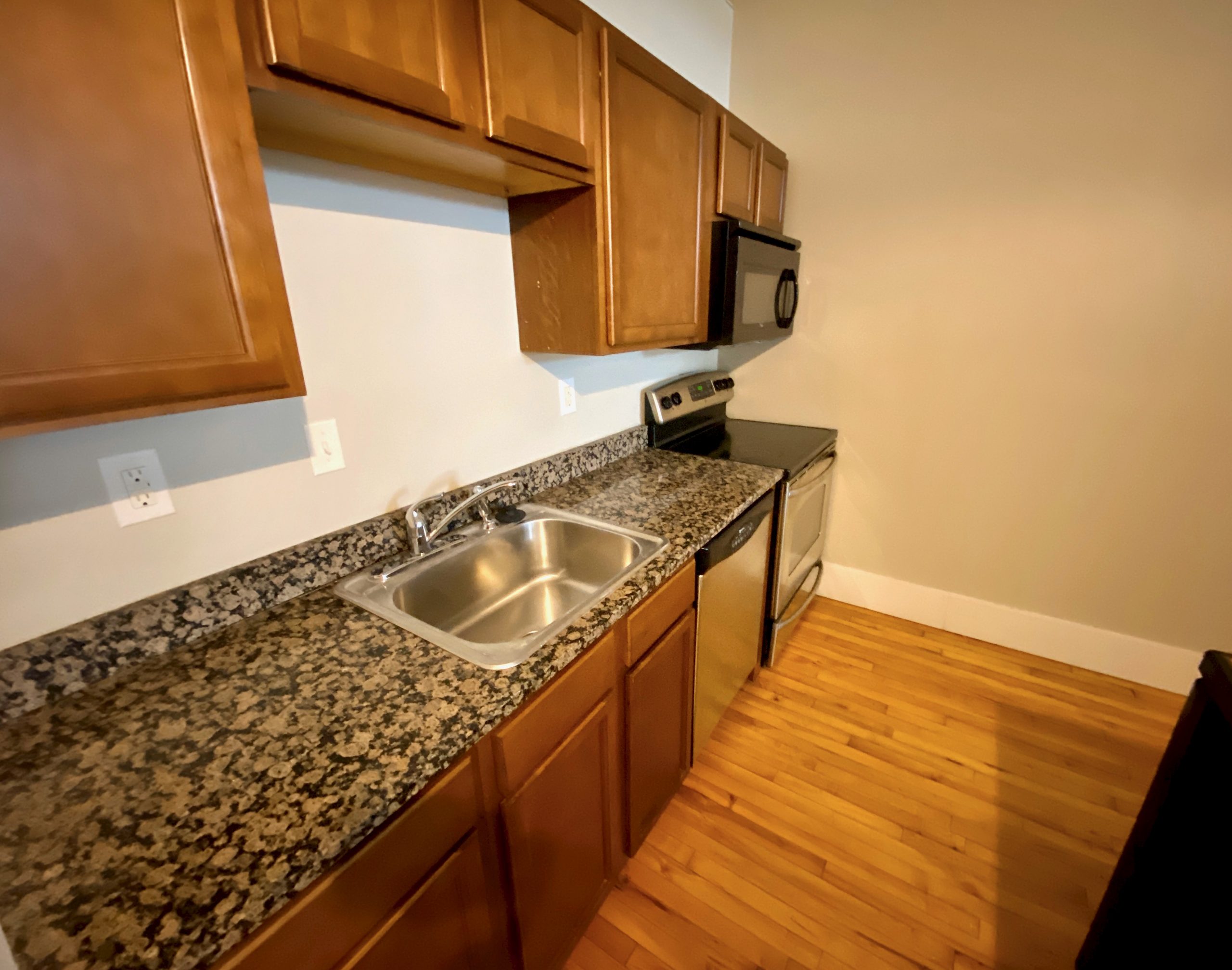 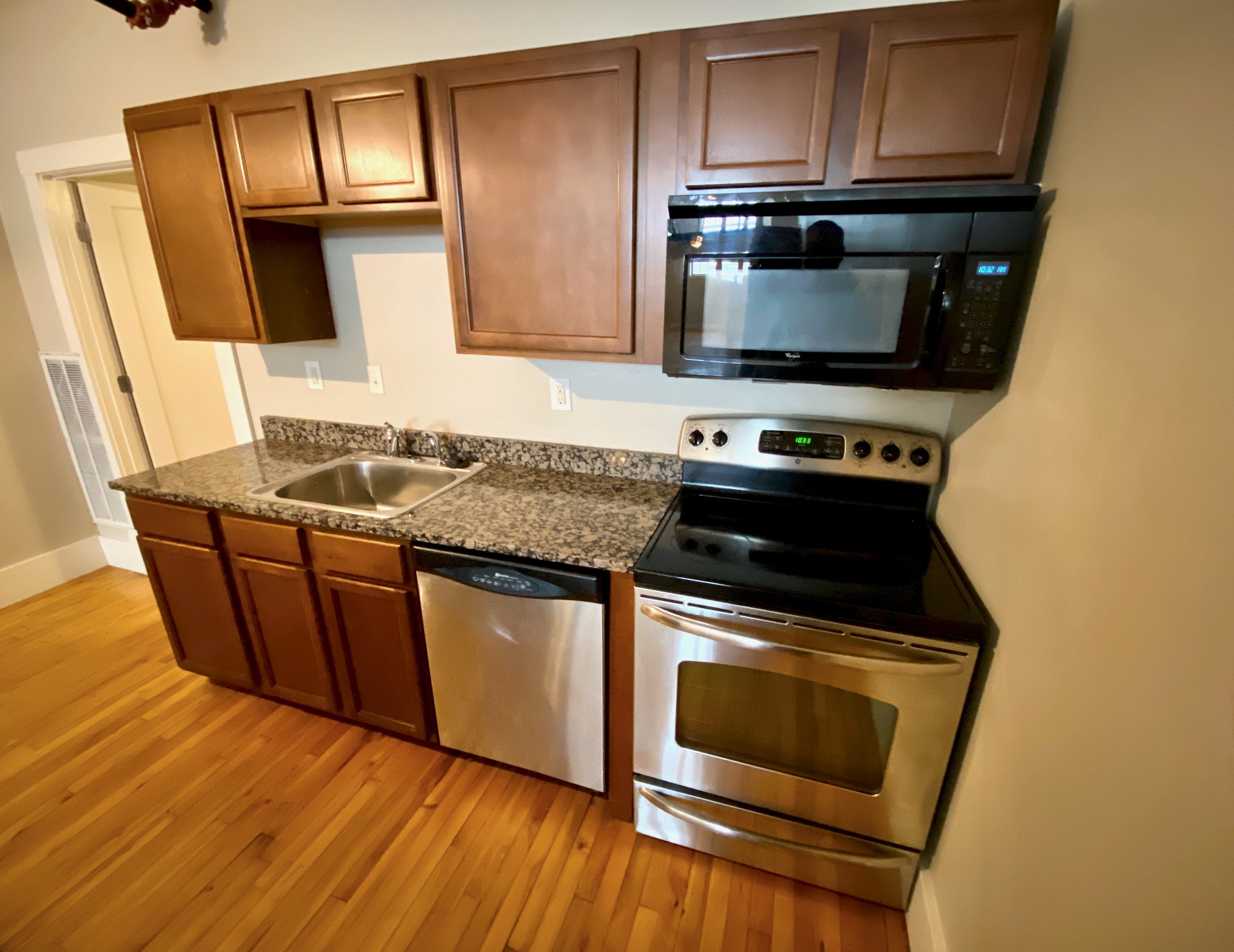 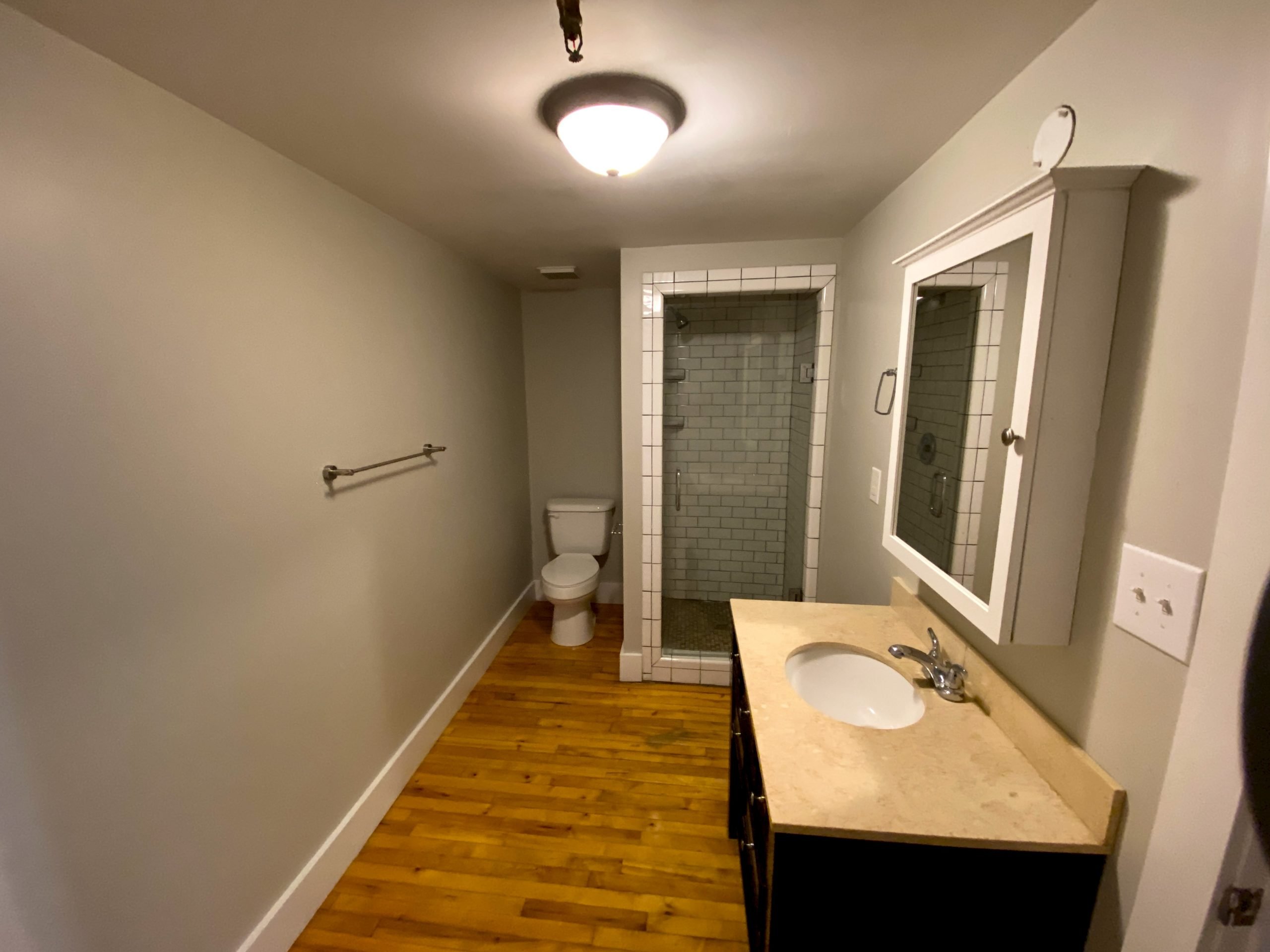 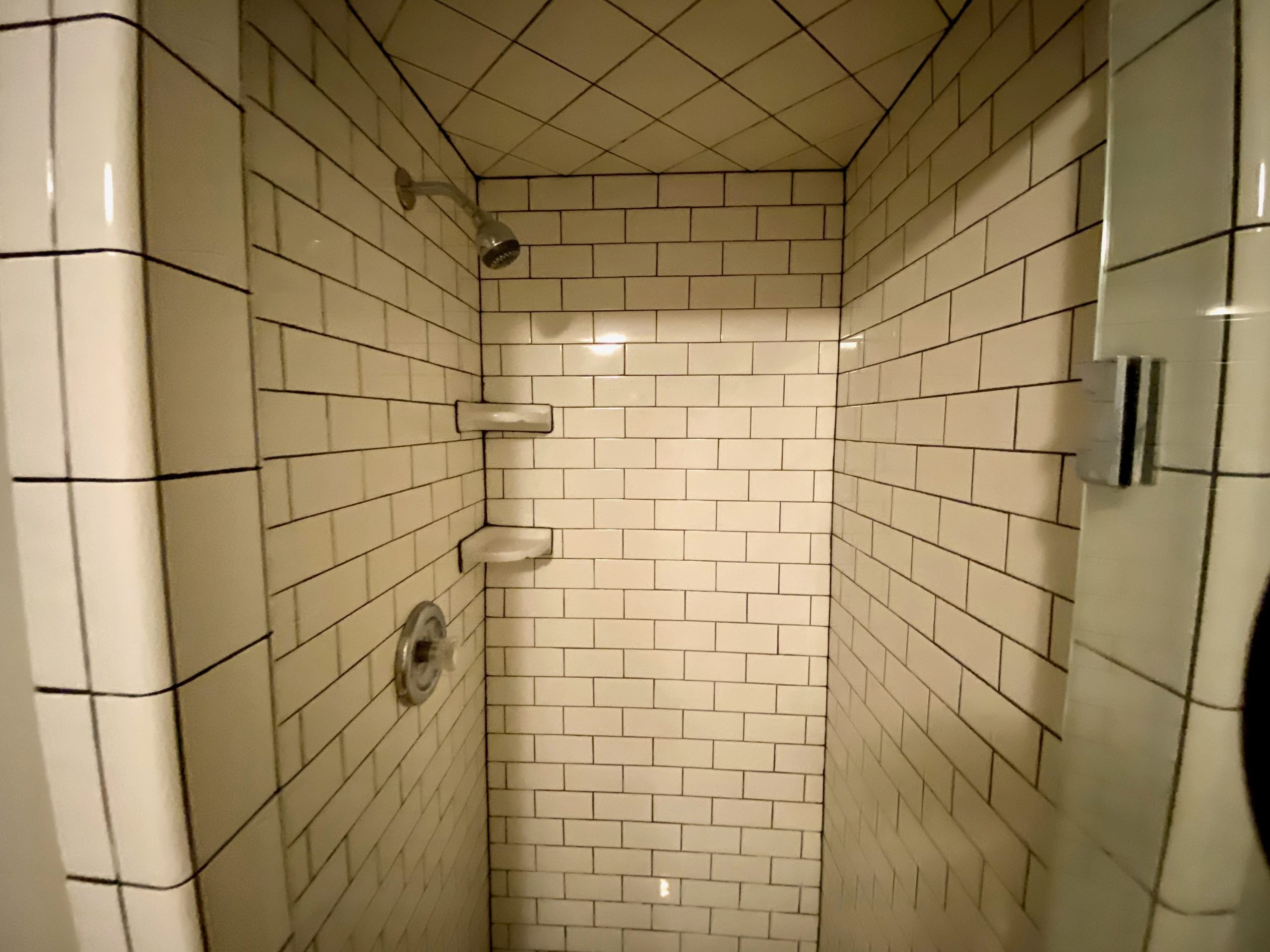 This incredible loft apartment is located in the heart of the Cherokee arts district, with easy access to nearby bars and restaurants. You’ll be able to check the Cherokee scene from your apartment! Stay comfortable with central heat and air, refurnished hardwood floors, ridiculously high ceilings, ample storage space and washer/dryer conveniently located outside the apartment. Photos may depict a similar unit in the building.
Features

The apartment is located in the historic Cherokee Theater, which was built in 1911 by the Vaudeville Theater Company. In 1916 Fred Wehrenberg took over the theater operations and it became known as the “New Cherokee Theater”. The New Cherokee Theater closed at the end of 1930 and the building was converted to commercial use. The following year the Wehrenberg’s Southside Amusement Company opened the Cherokee Bowling and Billiards on the second floor, which later became Cherokee Q M Bowling Alleys and finally the Cherokee Lanes Bowling Alley. Cherokee Lanes closed around 1962 and the Southside Amusement Company sold the building in 1968.

The building is perhaps best known as the home of the Proper Shoe Store, which opened in the building in 1940 and closed in 2002. While other department stores, such as J. C. Penney’s and Fairchild’s, operated for decades on Cherokee Street, Proper Shoe Store is the only one that survived into the 21st century, having been in continuous operation for over sixty years. Also known as “Milton Mandel’s Proper Shoe Store,” the building was also home to Mandel’s Style Shop, which sold women’s clothing during the 1950s and 1960s.

Request More Information about this property

check out our sister sites: